Valentino Rossi’s has had a seriously hard time on the Ducati Desmosedici this season, as Ducati resorted to bringing out a heavily revamped chassis at Assen to try to cure the handling problems.  The switch to a new chassis, which is effectively the 2012 chassis with the 2011 engine in it, hasn’t proven to be a panacea.  If anything, it’s been a step backwards in performance.  How much of a step backwards?

Here are some charts I put together comparing the performance of the GP11 vs GP11.1.  I tried to highlight or separate rain sessions out so that it’s a more clear comparison.  (Enlarge to see more clearly) 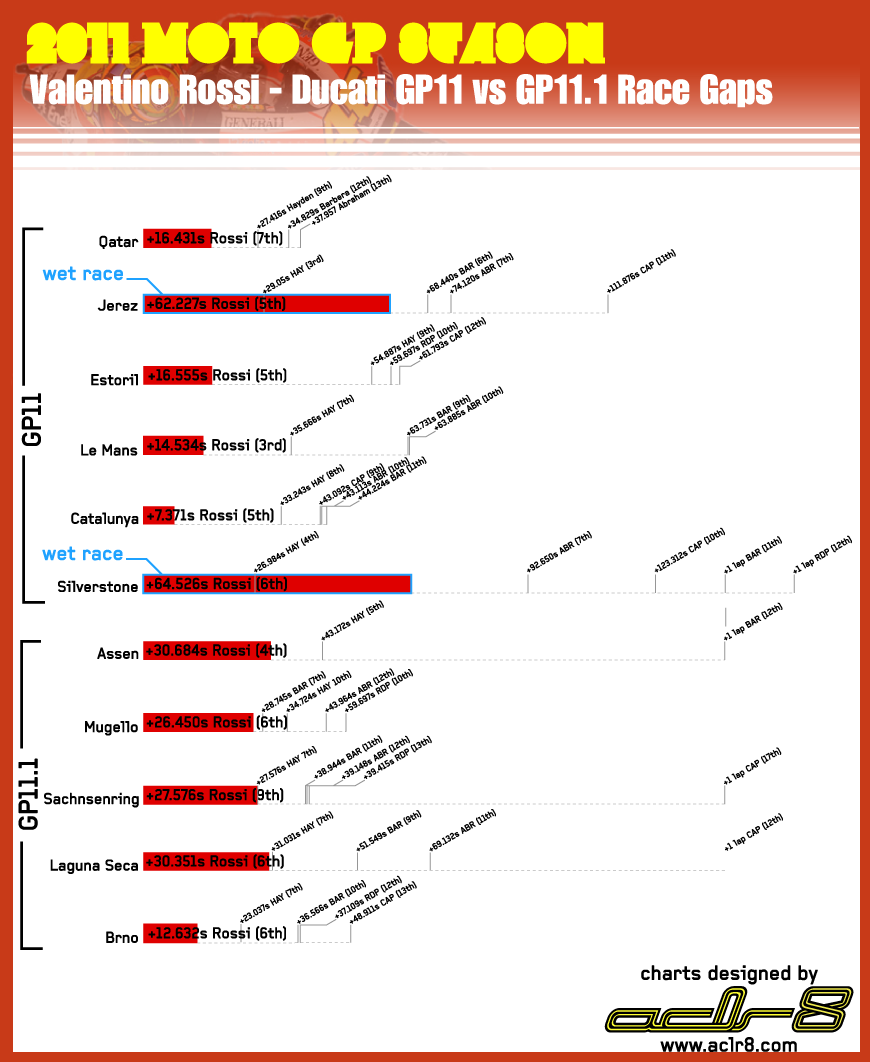 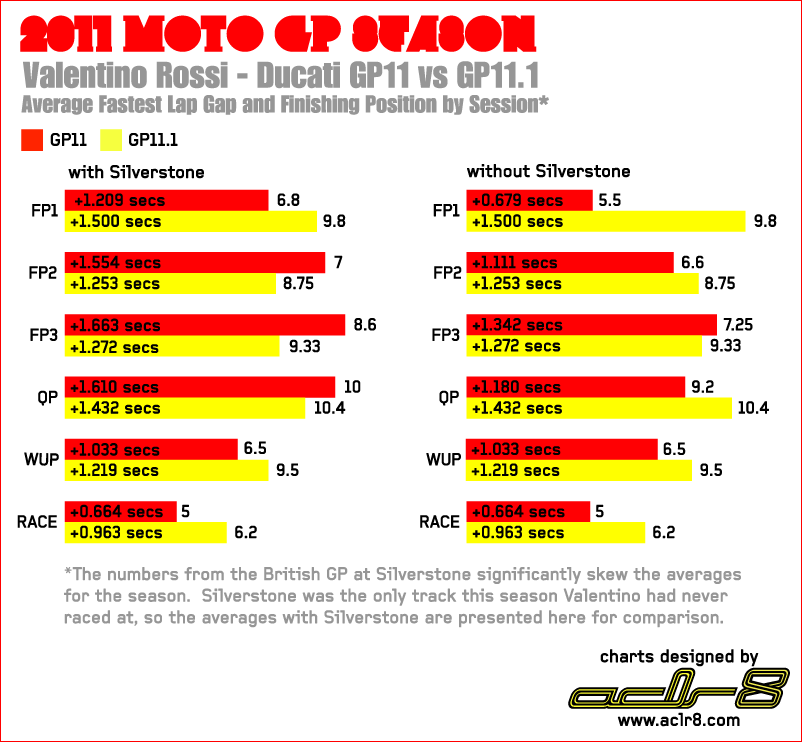 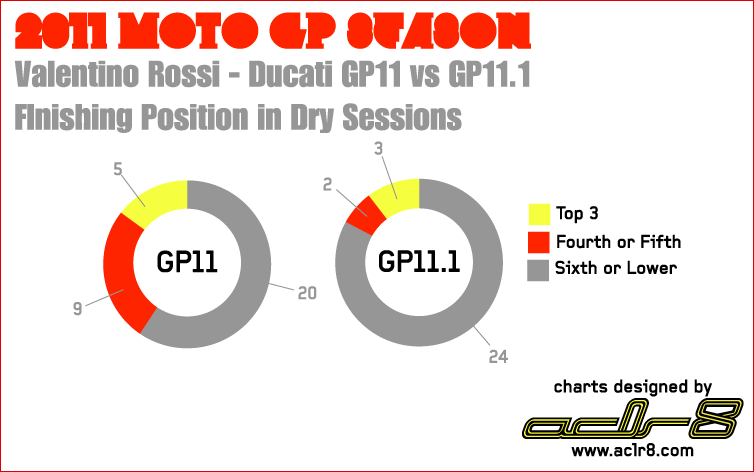