So this year marked the second time I set up shop with an Aclr8 booth at Hyperfest.  The first time was more of a just drop by and check things out deal with little prep and less signage.  Predictably, that didn’t go particularly well.

This year I expanded on things quite a bit, got the new Black series of shirts out, made event stickers, and planned on doing a Forza 4 time trial challenge and shirt giveaway.

In my haste to get out to the track in the morning I forgot one critical component to the Forza setup, the actual game disc.  Instead, I had Halo 4 in my Xbox 360 which as fun as it is, is not relevant to motorsport in any way shape or fashion.  I could’ve stage a Warthog time trial in a custom game but thought better of it.

Other than that major screw up, the booth came out decently.  Moved some shirts, gave out a ton of stickers, and got a chance to check out a little bit of the event.  I’ve been going to Hyperfest since 2002, and every year it keeps getting better.  Hopefully Hyperfest will keep getting better for Aclr8 too.

Here are a few pics I snapped of what was going on in the vendor and car show area:

I’m a fan of DIY flair and repurposing that which is discarded.  However, I feel like the RX-8 is too nice of a car to feature a grunge-punk hood made up of a rust, old license plates, and discarded signs. One of my favorite cars from the weekend; a clean and tastefully modified VW Caddy.  Sometimes the simplest things make the biggest impact 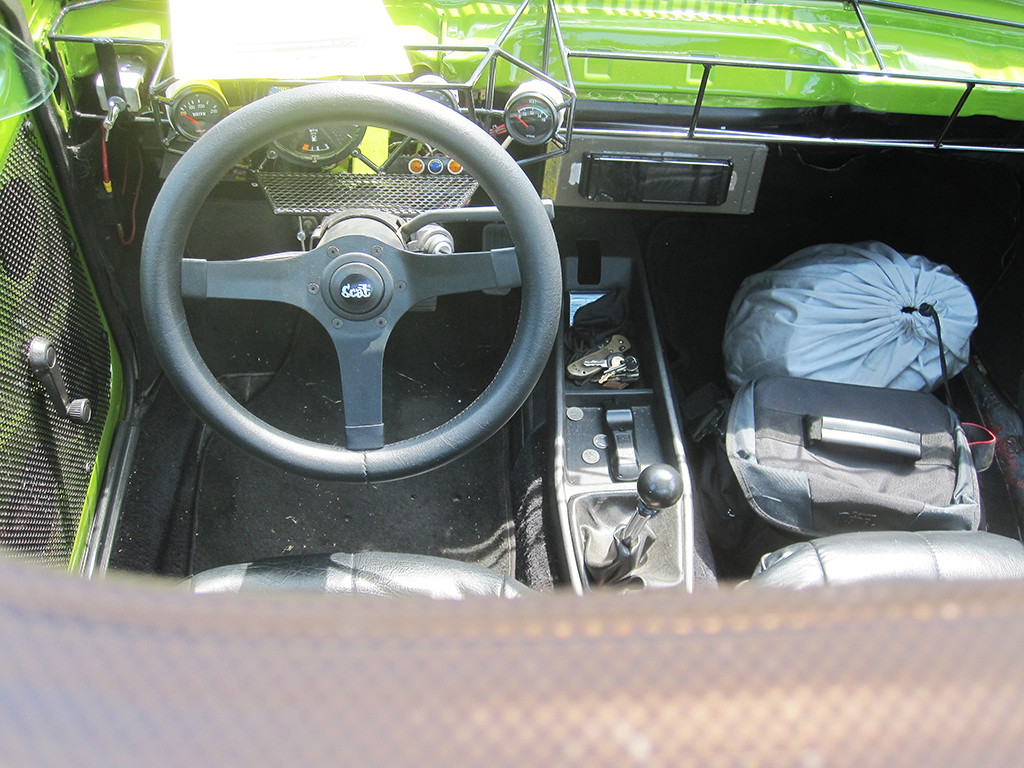 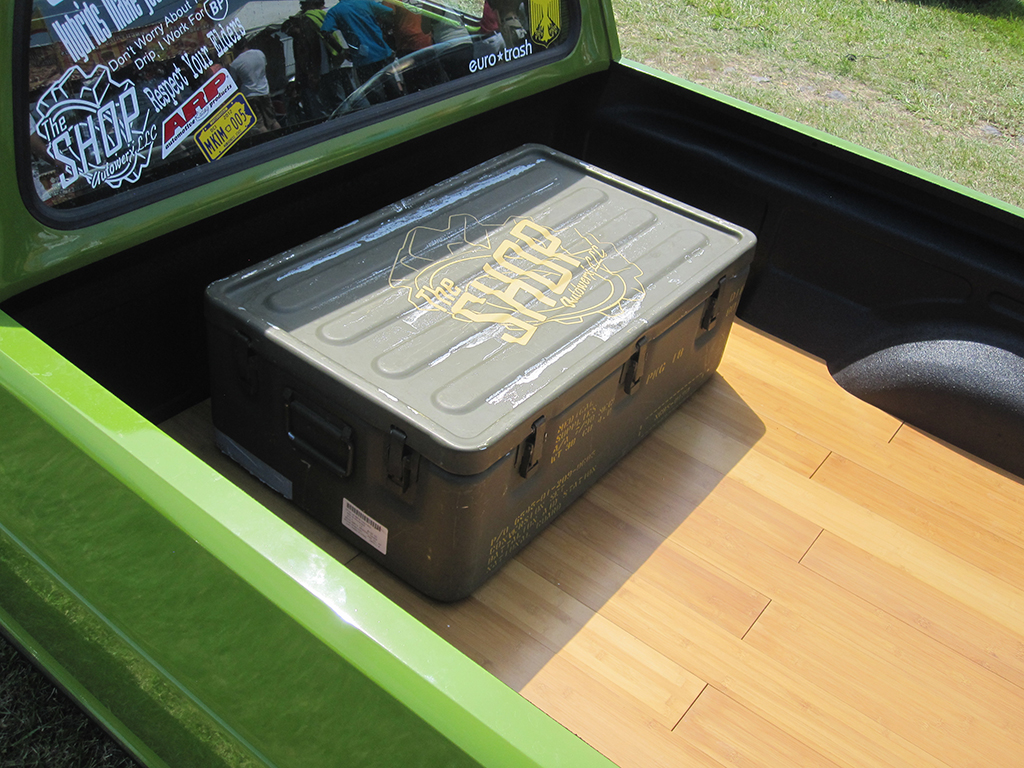 Structural color paint on a valve color, what’s not to like (other than the high cost of doing so)? 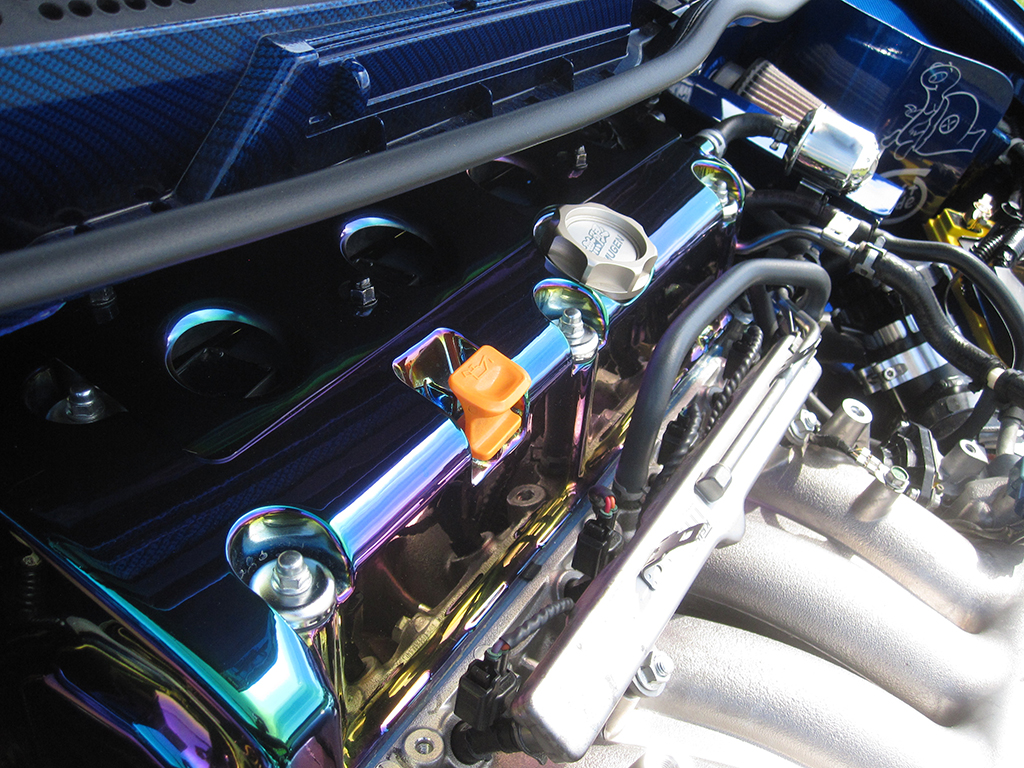 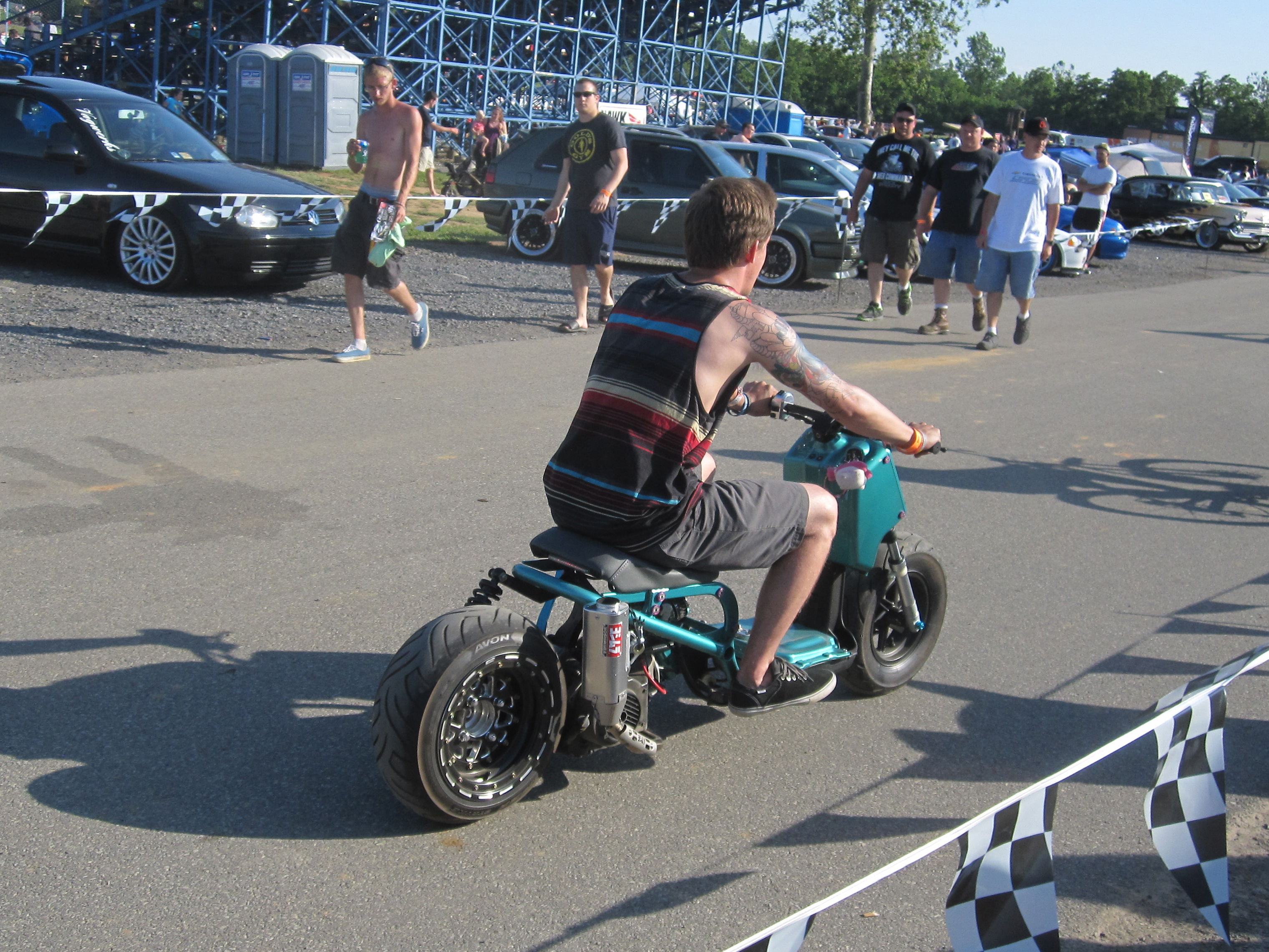 The Steampunk Benz.  Someone very creative and very skilled put this one together.  Probably the most unique car at Hyperfest. 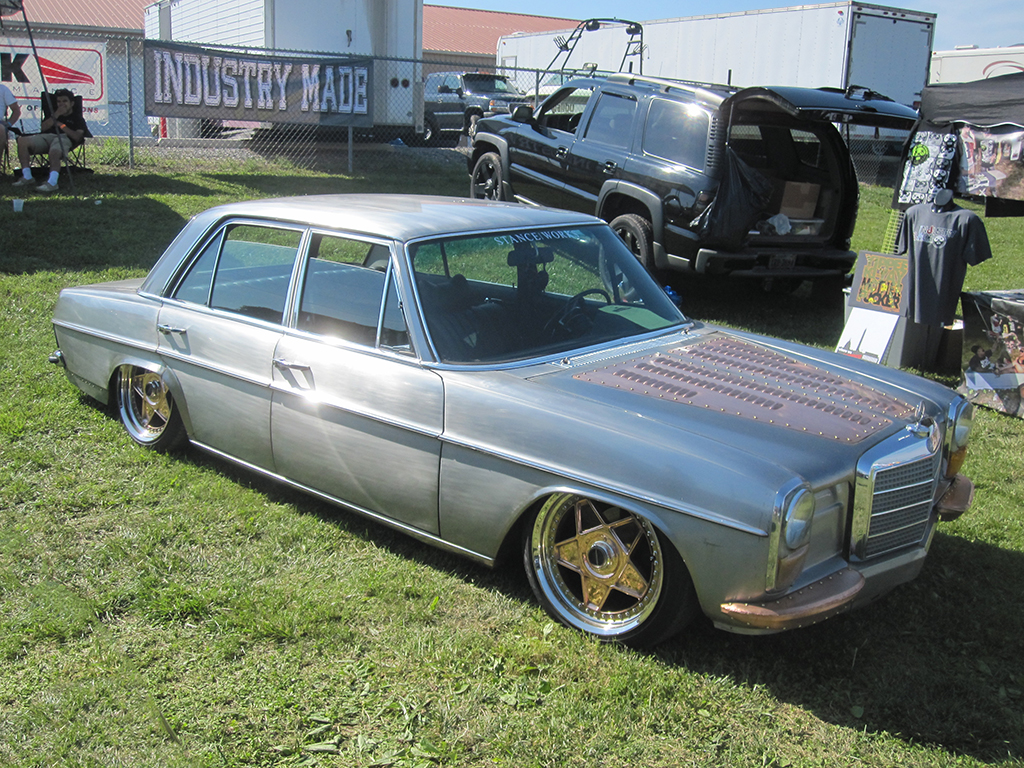 The concept extends to the interior.  The duct tape on the console probably means something important was duct taped in order for the car to make the trip to the show.  Or that someone is bound and gagged in the trunk. 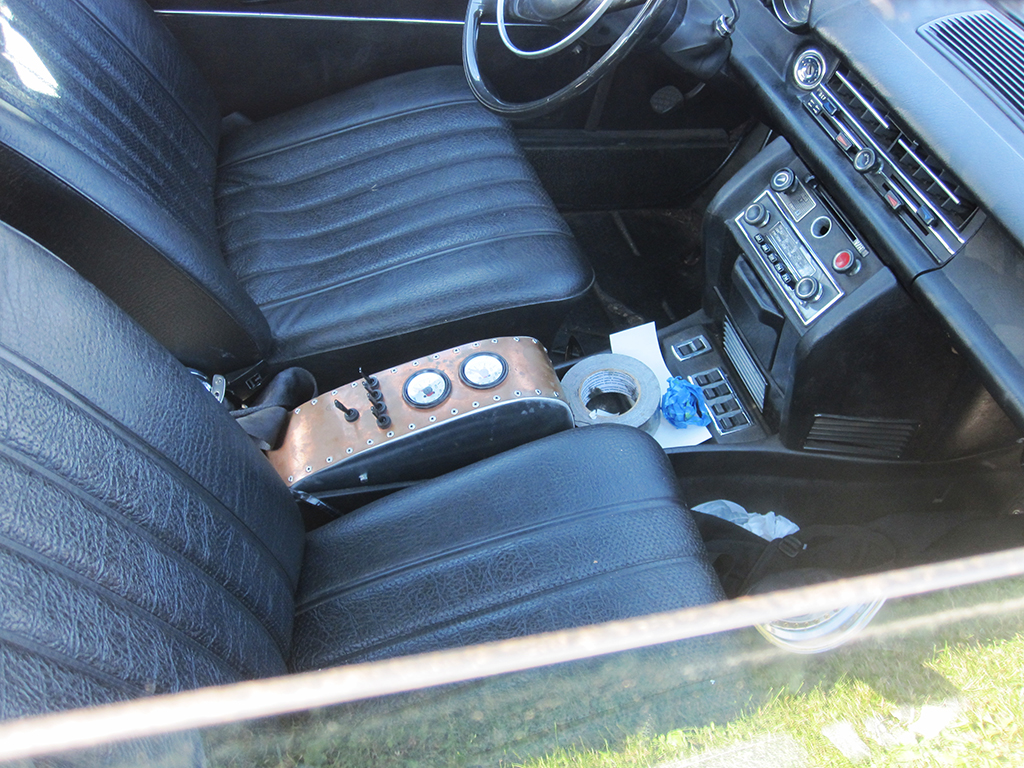 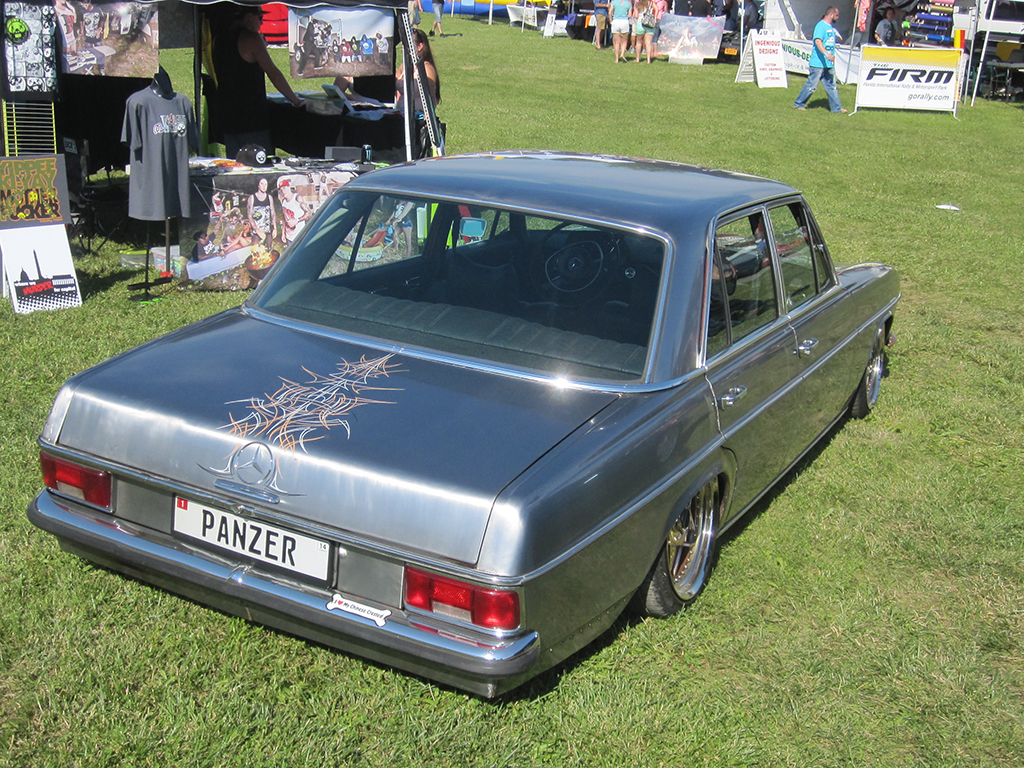 Fur door panels on a 240 convertible reminds me of what a pimp would do with a 240 convertible. Maybe someone got lost on the way to the Player’s Ball.  Have to give this guy props though, not everyone can put fur in their interior and have it come out this good. 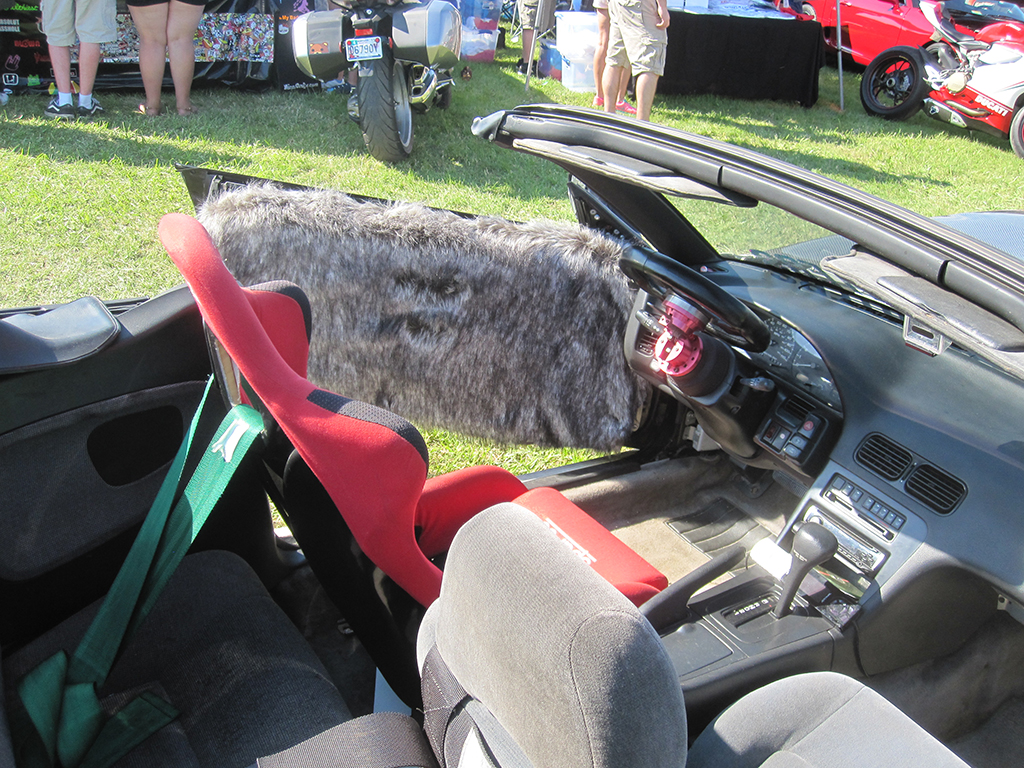 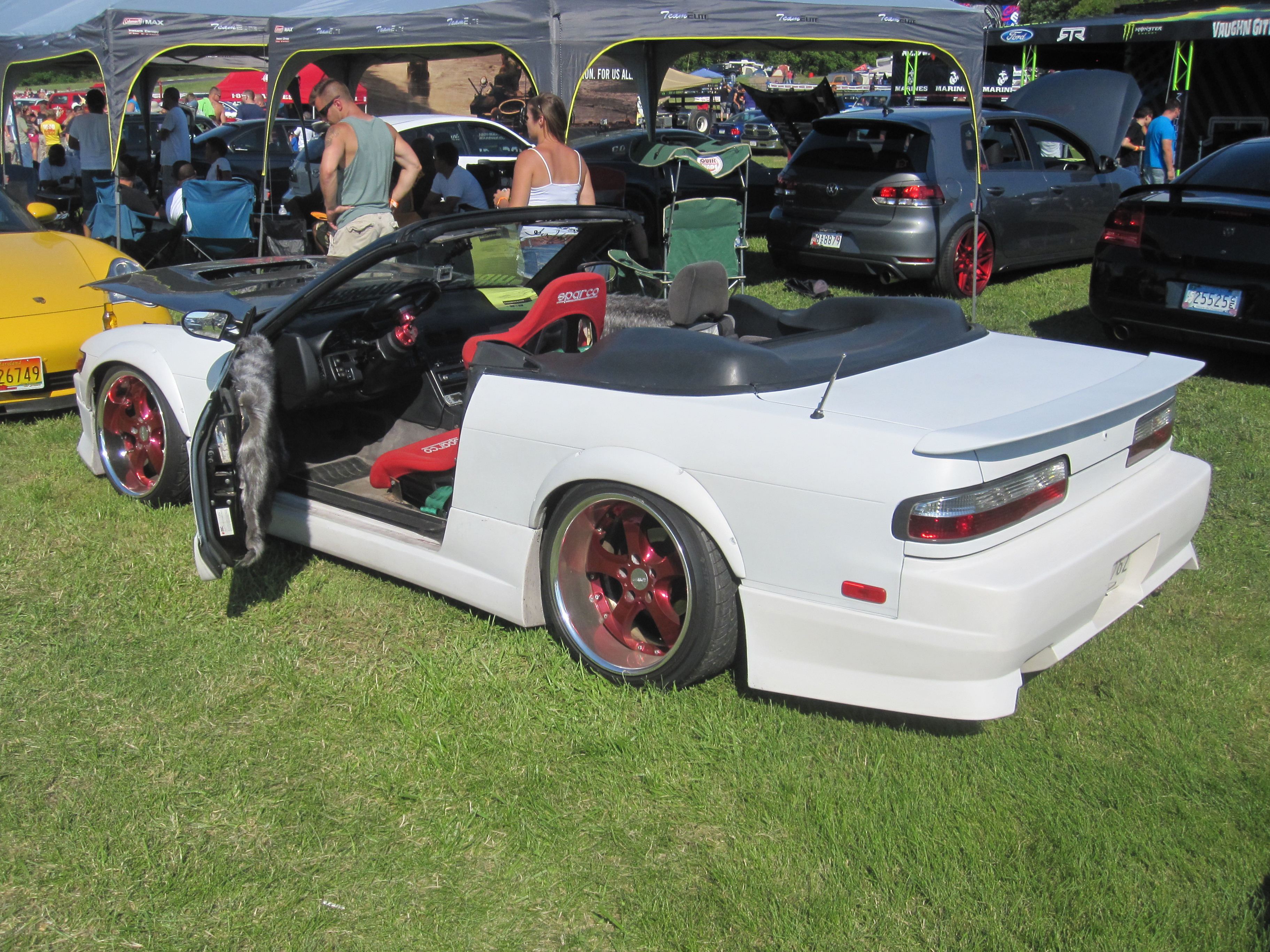 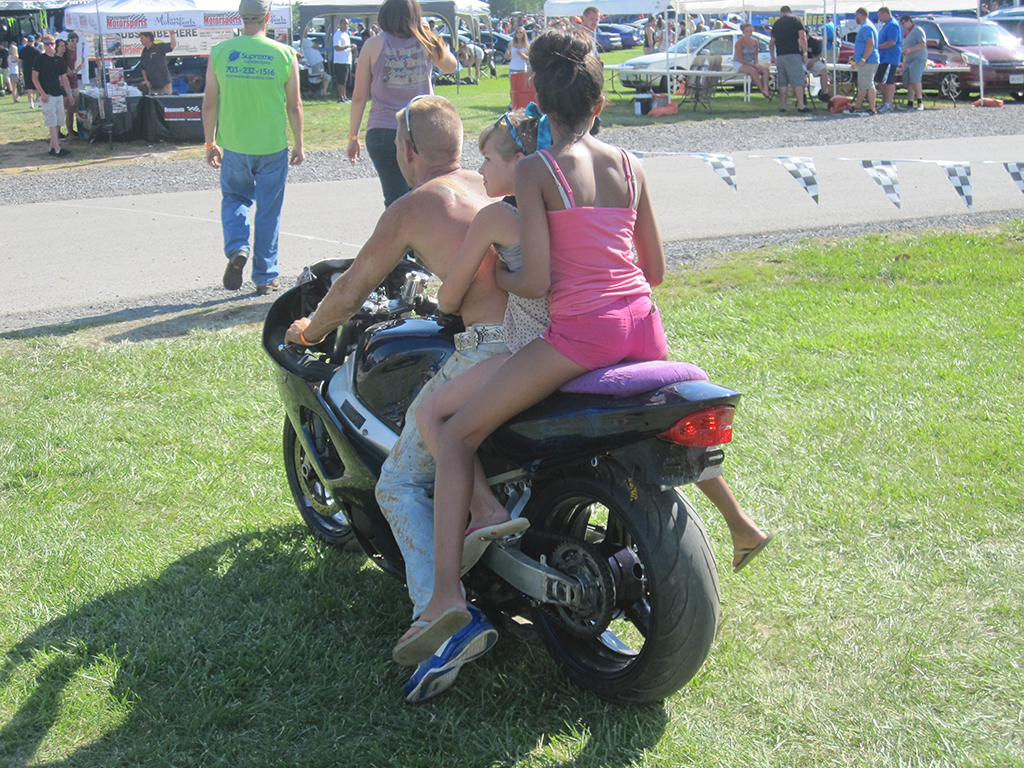 Here’s a car I’d love to have in an Aclr8 Black series photo shoot. 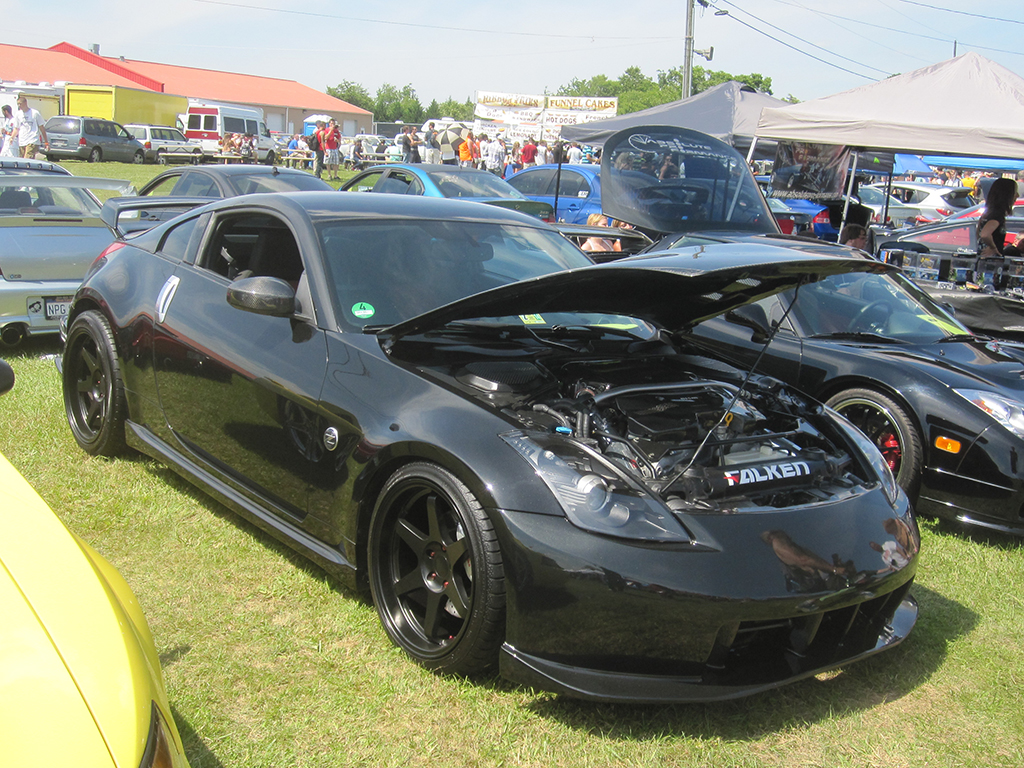 In addition to HPDE ride-alongs and drifting ride alongs (with Vaughn Gittin Jr. and Chris Forsberg), there were rally ride-alongs to be had at Hyperfest as well.  Can’t say I’ve ever seen that outside of a hardcore rally school. 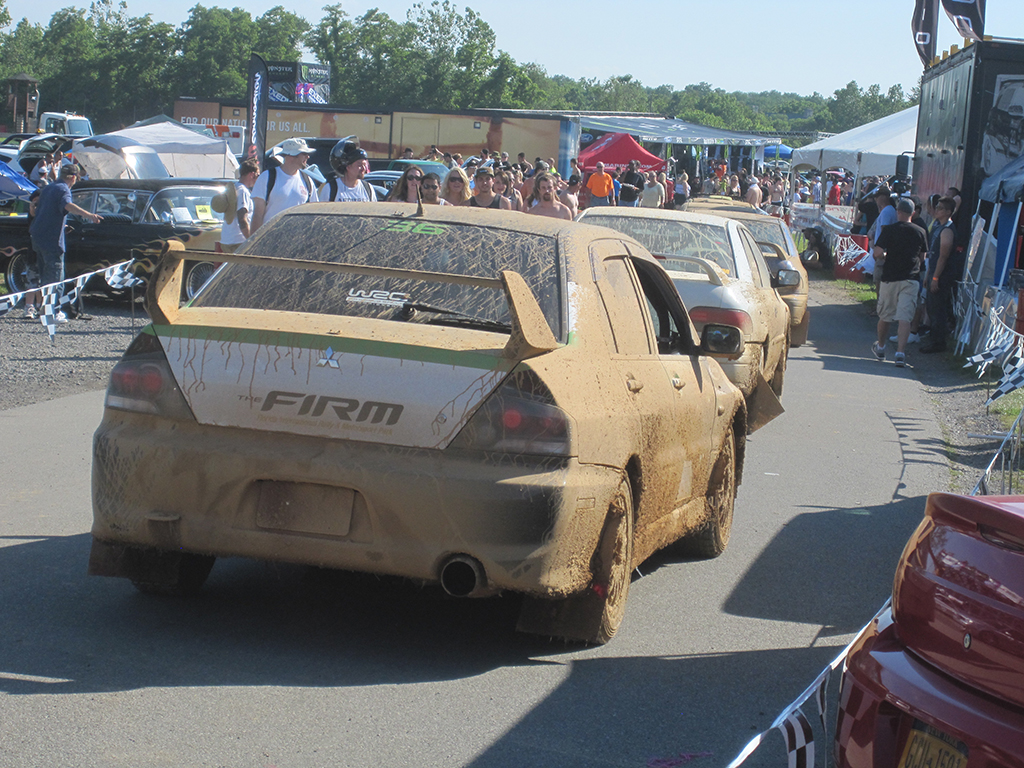 Why was this young woman cutting up her shirt with the scissors we lent her? Well, the booth next to us was for Suislide (a street drifting crew, not a lethal slip n’ slide company), and the proprietor of said booth (Wade Odrey) had invited some of the exotic dancers from Vixxens over to his booth to hand out passes to the club, and draw attention to his booth.  In return he’d drive traffic to Vixxens for the Hyperfest afterparty. Pretty slick as marketing schemes go. 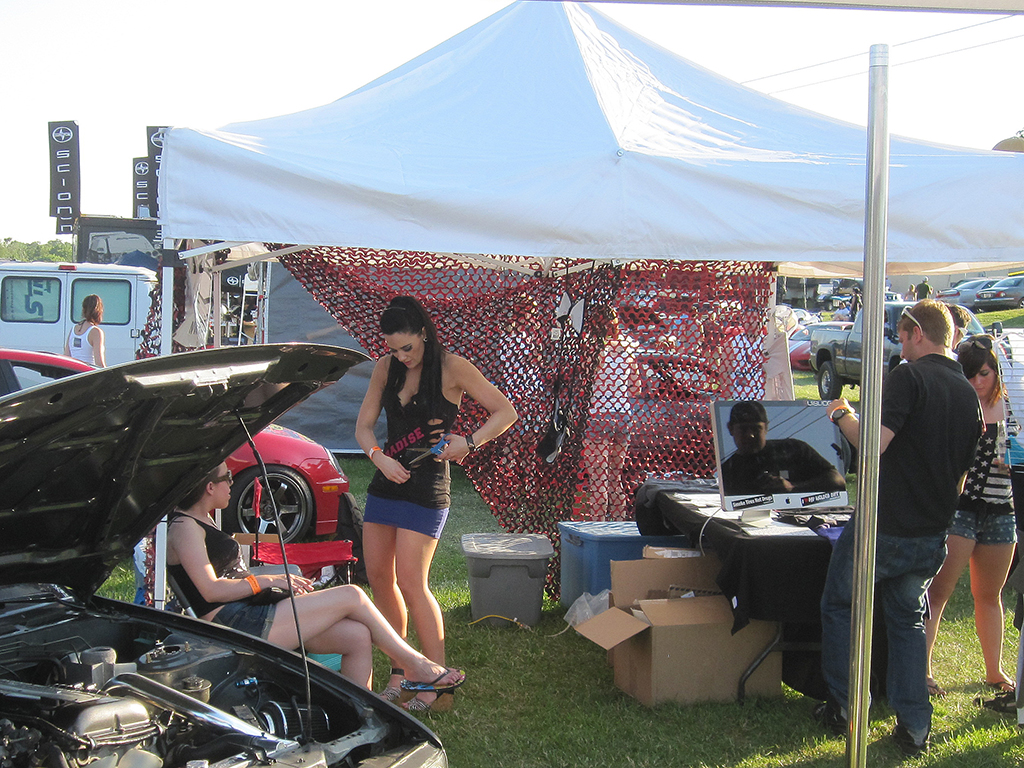